Showing posts from June, 2011
Show all

End of the world/ whatev..

June 26, 2011
In a world full of orphans, will anyone ever feel the heartache of absent parents? Can you feel the absence of something that you never knew existed? ___ There are people who warn about the end of the world and then there are people who debunk it and laugh at the scare-mongerers. But the truth is both are right in their posturing. The world is ending in a certain sense that the first group of people are aware of and scared therefore. For them what is getting lost is precious and irreplaceable. Our children won't miss the chirping of birds that we grew up with. For some of us, its an end of a world that was pristine and beautiful. We didn't just lose the common sparrow, we lost the complete world beyond the 'me'. The high pitched chirping used to yank us out of our small world and present to us the beautiful world of colors and sounds and lightness; a world where little selfish creatures seduce the captive leaves and indulge in bantering with the winds. People who
Post a Comment
Read more 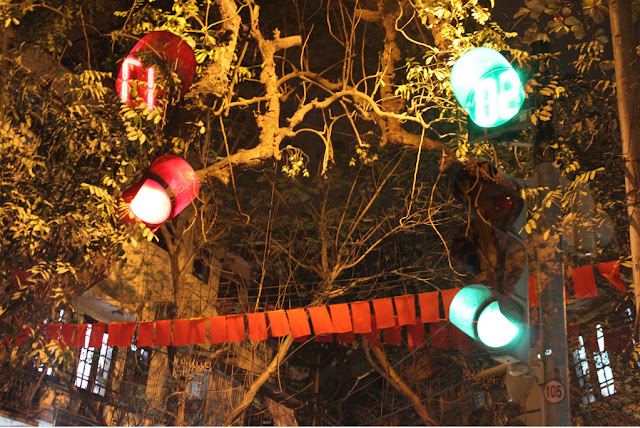 June 24, 2011
how is someone's life worth more than someone else's? I am watching ' enter the void' the second time. The first time, it was a total trip, like none before. Its an experience out of this world. But second time sober viewing left a few lingering thoughts. The drug dealer dies a sorry death. But that does not mean its an end of existence of his soul. He finds a way of being with his beloved sister again. If death is absence of life, then he never really dies. Then is it more important to live a life fully, or is it more important to lend a meaning to a life through affecting a change in the world we inhabit? When we talk of worth of someone, is it fair to put the weight of world on him? Is Gandhi's life worth more than his assassin's? Is his life worth more than the little organisms who feasted on his remains? And if we accept that every one has a role to play in this world, how do we perceive violence and love in it? Gandhi wanted to change the world to a
Post a Comment
Read more

June 16, 2011
I caught myself singing along to an English song. again. *stop* I can't go on. Once I realize that I am singing, i must stop. Well, its not that I am a terrible singer (not to my own ears anyways) or that i have any social qualms (quite on the contrary, I might sing loudly in crowded places just because I can) but its simply the fact that it sounds weird coming out of my mouth. You see, my English and the American/British English is wildly different from each other. Inadvertently I find myself trying to ape an accent that's not mine and I feel ridiculous. *stop* So while Indian English is almost my first language, i don't have a single art/ cultural reference to it apart from some stand up comedy. (and none of them unconscious of the accent. instead, more often than not, they are conscious jokes on the accent) I have no songs to sing in my natural English accent and language. I can sing truly to Hindi or Marathi songs. but half the lyrics would be lost on me due to my
3 comments
Read more

June 06, 2011
Right now my whole being feels like a pastiche of a million poetries. Thoughts have melted into curving, dripping, flowing ideas. I close my eyes and it feels like I am dancing... moving with the breeze... waltzing with dry leaves. Levitated... Light… I am listening to Il Postino's soundtrack which has Neruda's poetry. And it’s beautiful. Often when I let lose this sublime world of poetry and beauty in my 10x15 feet room , the room as if takes a deep breath and flies up into clouds . I feel free as if I am jumping from one cloud onto another. At times like these, I have played with colors by throwing them on wall , or posting colorful post-its on my room window or in more contemplative moods just cleaned my room. It’s like life revolves around moments like these. You don’t age day by day… one grows with each such beautiful moment. The beauty in these moments is ever present and yet so transient . You can’t capture it, neither can you prolong it. But then again, there is beaut
Post a Comment
Read more

To question or not to question, that is the question.

June 05, 2011
Earlier today I wrote here about Coke's new advertisement. Essentially I made an argument that its an irresponsible communication from a corporate giant who is not acting responsibly on ground and spreading message of hope through commercial communications. This two faced-ness is dangerous to our generation and a big bane for the health of our earth. However a dear friend made a valid point. That by creating ruckus with such campaigns, I am essentially robbing people of the optimism that these campaigns create. and this made me think. Is it right for me (or for any individual for that matter) to critically question everything even at the cost of causing displeasure? Is it more important for a people to be happy than being truthfully aware of what they are being subjected to? On a personal level too, I have faced this dilemma often and am now only beginning to learn to hold my views when the person i am talking to is not ready to listen to any contrarion thought or that the moment
4 comments
Read more

The anthem of the deluded

http://www.youtube.com/watch?v=1vKDOWAf5M8&feature=player_embedded Sorry, can't seem to embed it here...  See this new commercial by coca-cola. Coca-cola: the glorious fizz drink maker who are making this world better by spreading happiness apparently (through making us drink pesticide laced poison and depleting our water table and spreading violence against labor union & wreaking local communities in  Guatemala and many other places) This wonderful ad comes at a wonderful time in the history of the world. The planning team did an impeccable job, I must say. The world is in deep shit. People need consolation. People want to hear that the world will be better again. They can go gorge on ridiculous amounts of cheese, steaks and Mchumanity without any consequence. And lo and behold... the ad delivers exactly that. However i have this urge to rip apart this charade of idiotic optimism which is nothing short of criminal. its perpetuating exactly the same mindset that
21 comments
Read more

There's a book in me

June 02, 2011
There's a book in me. But its not just a book. Its a yell. Its a war cry. I can't just sit in the sidelines. I can't just live a life without a purpose. I can't let myself detoriate to a middle-class stupor, an existence stripped of any passions, any measure of being alive. I am a born stirrer. Though often I remain in sidelines cuz I believe that i don't have a right to interfere or fight on someone else's behalf; I am not going to just swim with my surroundings anymore. I am going to react to what affects me. I am goin to stir questions in people close to me. A life without questioning one's self is a life in coma. Its not long that I realised i was in coma for the last year or so. The stupor accelerated in the comfortable Hyderabad, where my job is morally defunct, intellectually empty and value worth zilch. All it did was made me fat with all that still sitting and emptied my brain with the stupor of mindless excel sheets and dead silence of office. Th
Post a Comment
Read more
More posts