Showing posts from November, 2016
Show all

To fight hate, we need utopias 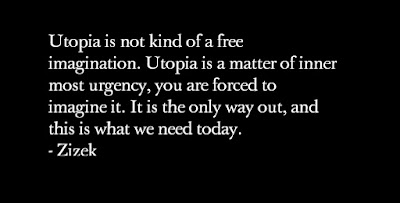 21st century Weather report The world is reeling under the hate wave of right wing xenophobia, binaries of ' us v/s them '. The hate wave is projected to continue and expand as people turn their back on ideals of liberty and fraternity which had yielded unequal fruits for the majority in the globalised world of 20th Century. While the globalisation of 20th century opened up the barriers for free flow of money across the world, the flow of people has been artificially impeded creating great pressures at the arbitrary borders. The potential energy arising from the stalled flow is bound to turn into kinetic energy, overpowering the borders - sooner or later. And that possibility of bursting of dam obviously scares people on either side. Uncertain times, Uncertain times. In times of uncertainty, people obviously seek certainty - Certainty of 'walls ' to save their way of life. These hate filled winds have given wings to proponents of wall builders everywher
Post a Comment
Read more

All the way, maybe

This is a Charles Bukowski poem called "All the way". Essentially, his thesis is that you must go 'all the way' whatever the cost may be. And I felt, what a fucking loser is this wierdo. I mean, I have read his 'Post office' and it is a kickass piece of literature. But what I realise now is that an incomplete and naive philosophy of self-absorbed nihilism possibly informed his work. Problem 1: All the way with what? We see a lot of this kind of inspirational bullshit being shared by people these days - exhorting people to do what they want to do. But the problem is no one these days knows what he/she wants to do. These videos and poems only add to consumerist angst whose only beneficiary is the capitalist power centers and not the social organism called human.(" Must do something, don't know what.. running with expensive shoes seems to be working for some as per commercials, let me try that." ) Purposeless souls are angstily drifting from
Post a Comment
Read more
More posts