Showing posts from February, 2016
Show all

How to abuse two dimensions at once

February 29, 2016
In advertising, we often come across this four legged spider called 'the perceptual map'. It is quite an interesting tool really. If done right, it is a very efficient visual representation of chosen facts (not the whole truth, but the part that helps win an argument. :P) The uglier mutations of this spider are the intuitive/ judgemental/ consensus maps. The difference is, while the prior is based on numbers, the later are approximate 'gut feelings' of people who sit often removed from reality.  Even then, these are useful, if only in finding new perspectives to see with. We planners tend to use it quite often for its efficiency in meaning making and sharing of perspective. But lately even the clients have wizened up to it. But not entirely. Recently, we were briefed with a perceptual map that had four categories of the product at the four legs of the graph. That makes no sense. I can't share the actual figure of-course, but here's something similar (differe
1 comment
Read more

Powerpoint is a con 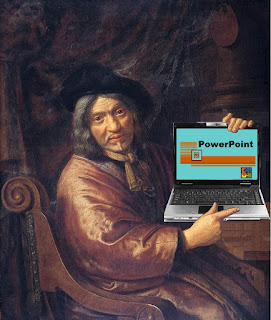 Men in air-conditioned glass boxes often feel the need to powerpoint. This might be because what they want to say (or what their counterparts want to hear) is not well formed enough. And saying it simply will unravel the artifice. Powerpoint in that sense is a tool that holds together the artifice. The red ribbon on top of a decorated gift package which possibly holds junk inside. Or the shiny credit rating that hides the shitty credit quality of CDOs.  You might now say that - "No no, it is only a tool. It depends on who uses it for what purpose." Wrong. The medium is the message. And the message is 'suspension of disbelief'. Here the medium necessitates one speaker who often is standing to deliver the message and as such gets into an authoritative position and the listeners have to hold their horses and give their attention to the presenter for a period of time. It gives enough space and time for the con to take effect. The medium of powerpoint intrinsical
Post a Comment
Read more 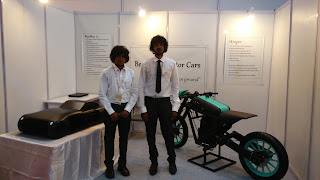 99% of auto expo will appeal to your vanity, 1% of it will appeal to your intelligence. If you have patience only for ground breaking original stuff.. straight go to a certain corner in Hall no. 2 (besides the TVS extravaganza). There you will find this unassuming duo with afro hairdo and a patented technology that they are eager to sell to automobile majors. I am not much on an engineer, (because I am (with a degree) but not really (because I don't work as one)) so I am not in a position to validate what they were saying. But what they said sounds very very interesting. They have made a working bike with no valves, no chains, no cam shaft... as a matter of fact, their engine has only 32 moving parts. Yes. An engine with only 32 moving parts.  Apart from that, the engine can make use of various kinds of fuels (hydrocarbons) apart from petrol. I still have to get to know their offering better, but this sounds exciting. Imagine the service, economy and efficiency im
Post a Comment
Read more
More posts