Showing posts from May, 2010
Show all

May 30, 2010
A friendship is of the moment. Its envelops in togetherness different souls in that one moment with the shade of joy; that anchors the individuals outside of them, to a person and to a moment. It exists in creating such moments and more importantly imagining and remembering such moments. A friendship has no concern of the past, of the future or of the world outside of the moment of togetherness. Love is something else. The lovers need to anchor each other in their entirety. Their intertwined fingers probe all corners, all recesses of each other's past and their gaze is fixated on a tomorrow of forever togetherness. Friendship has no thirst. It needs no reason. Love has thirst. It needs every reason to exist. From the sparkle of the eye to the lover's tears of childhoods, they need to know all and feel all and hold it in the warm hug of memory.
1 comment
Read more 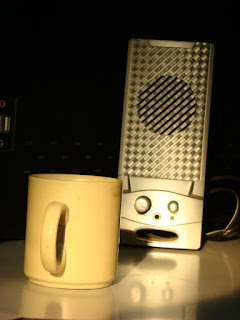 May 17, 2010
The Indian auto rickshaw is made for at max carrying 3 reasonably weighing people. But often I see families haggling with the driver to let one or two more people crowd in the small backseat. The fact is that just the shopping of an average Indian family will require an auto rickshaw, let alone the big fussy family. They don't want to go separately. Its not that they can't afford to get 2 autos. But they would not even want to travel apart. Family that shops together, eats together, laughs together also travels together. A vehicle is an enabler. It could have identity connotation, but its not as personal as .. say a cell phone is. (A recent research we did found out that for people, cell phone is the most personal thing. The man shared everything with his wife, but not his cell phone.) As against say US, where a car that can carry 4 people, is used by an individual. It's perhaps the strongest personal identity statement there. (correct me if I am wrong.) So while for Indi
Post a Comment
Read more

May 16, 2010
The age is hierarchy-less. First names have lost suffixes. Its a glorious time to be working young. Until you notice the square footage of one's office, you can never tell if the person is CEO or one 'amongst us'. :P well, the grey hair theory mostly holds true but you never know if the chappie you were talking to jovially and sharing jokes was heading an entire division somewhere. you just thank god that you weren't your usual idiotic and made fun of your superiors.  Hence was born 'mission big cat' whose aim was to quickly identify big people (yes.. there is no equality and you better know it. there are big people and then there are super big people, who willingly/unwillingly maintain the smallness of the little people who in-turn maintain the smallness of even smaller micro relevant people.. whose food even is not as important as the semi-big boss's daughter's big nails.) It was squarely aimed for the purpose of being aware and not making fool of my
Post a Comment
Read more

Vestiges of the day

May 16, 2010
The sun's been down for a while now. Everything in the commute is a blur except for the magnificence of the duration when a phone conversation tried to bridge the distance in-between our delicious love. Walking the steps to home introduces a buzzless calm for the first time in the day. The everydayness that troubled earlier, pacifies these days instead. The love has settled sweetly in a corner of the heart and is content (for now, until a few hours). The tired mundanity and contentedness of love cancel each other out and my face is left mostly expressionless.. its turns into a shell through which the senses operate but leave no footprint on. A few final steps and I sit heavily on the bed. Feet have been bound in the same shoes since morning. Thoughts from work never quite enter my mind, but they don't quite completely leave me as well. (it makes for very amusing absurd dreams at times :P) No music is playing right now, no thoughts willing to raise their questioning hands. For
Post a Comment
Read more

Busyness is the opium of the cubicle class

May 13, 2010
Free time is like a crack in the door of life. With the walls of education and qualifications, we build a career-led life and push out emotion-led life. We fill the life at hand with busyness. you see, busyness adds that gilt to the walls that shine off the fluorescent light onto yourself and you feel that much happier for the moment. The sun wastes away outside, and you crank up that AC and sit inside under the flickering flouroscent magnificence. But sometimes Time plays games with you. it doesn't supply that busy dead buzz. It just hangs there steadfast and resolute. It wants some undevided attention perhaps. Busyness is the opium of the cubicle-dwellers. Can't let go of it. try to live without your cell phone for a few days. What you gonna do, when time stays and stares at you? Through that crack, melancholy starts sipping in. The magnificence, you realise has an un-agreeable stench of loneliness to it. To sit in that gilded chair of importance of some abstraction, you
Post a Comment
Read more
More posts