Showing posts from May, 2015
Show all

We are living on Mars

May 31, 2015
When man colonises Mars in movies, he/she/it wears those bulky astronaut suits and smothers our ears with the sound of it breathing. It steps heavily into vacuum sealed building. The doors shut tight behind it, a tad bit menacingly. There is a finality to that sound of door shutting. No going out any time soon now. And when it opens the helmet, a sweaty head emerges, happy with its contact to  air-conditioned air.

Back in the living again. There is death outside - One breath of outside air or exposure to harsh sun and its your end. No wonder, the astronauts spend almost all of their time inside man made buildings. They aren't out 'enjoying the nature' or exploring new things always. They are instead preserving themselves everyday. Just like us Delhites (or broadly speaking NCRites).

It is the first year in my life that I have an AC in my house. And every time I rush into the bedroom from the kitchen, I feel like I am Matthew McConaughey from Interstellar. The killer hea…
Post a Comment
Read more

Rebels without a cause 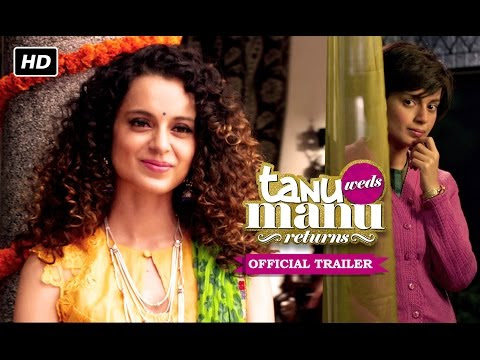 Saw 'Tanu weds Manu returns' yesterday.
Excellent movie after a long time. :) (apart from one dimensional Manu and the Haryanvi family as prop.)

I - Restless = humans
It made me think about the trend of lead characters in bollywood movies - men/ women. (Raj in countless SRK films or Kangana in most of her films). They are all spontaneous, restless, rebels (often without a cause). They are also someone who people graciously put up with for the sake of movie's plot.
This is in contrast to lead characters from earlier days. (80s - macho, 70s - angry against system, 60s - stoic silent, graceful). The grace is gone from modern world and modern cinema.

With rise of corporate careers and desk-bound audiences, the lead characters are increasingly 'bubbly' (females leads), 'spunky' (male lead) and are infantile and narcissistic. The more inconsequential and replaceable lives become (of white collar audience), the more spunky and bubbly the characters become in fil…
Post a Comment
Read more

May 05, 2015
A beautiful yellow and white butterfly is hovering outside the window of the metro.

Outside, the summer has begun to sting. Inside, the air-conditioning makes the outside look pleasant. The wide rectangles of metro windows frame the Qutub Minar well. The Minar rises and wanes in greenery. Solace for dry eyes, beauty in embrace of a wide expanse of greenery.

And yet the solitary little butterfly has chosen to be here, besides a thundering metal and glass caterpillar. The giant caterpillar runs along a hundred times faster in a straight line. The butterfly hovers, flies and staggers undecidedly at its own pace.

It hovers and staggers, two paces ahead, a few flaps of wings to stay put, then sideways and ahead again. It is as if it is searching something down below. Hovering and examining the world below. Maybe it's wallet fell down or a ring. Do butterflies get married?

The metro is guarded with rolling barbed wires. The butterfly is hopping from one segment of wire to the next. I…
Post a Comment
Read more
More posts